where \(d\) is the distance between the central atom and the plane formed by the other three atoms. If the 4 atoms in an improper quadruplet (listed in the data file read by the read_data command) are ordered I,J,K,L then the I-atom is assumed to be the central atom. 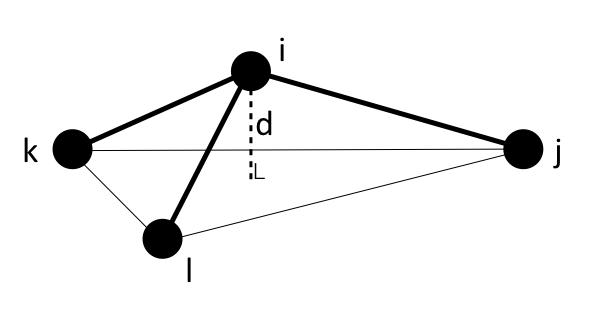 Note that defining 4 atoms to interact in this way, does not mean that bonds necessarily exist between I-J, J-K, or K-L, as they would in a linear dihedral. Normally, the bonds I-J, I-K, I-L would exist for an improper to be defined between the 4 atoms.

This improper style can only be used if LAMMPS was built with the MOLECULE package. See the Build package doc page for more info.